The girl behind Witchsister Photography is Maria Backhaus, an Erfurt based photographer and artist, born January 21st 1989. She likes to spend most of her time wandering through the local woods, searching for ghosts and storytelling creatures of life. Her works are thematically inspired by nature, myth, fairytales, folklore and the circle of life and death. To date she has been published in magazines like Sciences Occultes or Gothic Magazin. Her time is separated between making personal work and working with people from different lines of business. Her clients include other artists and musicians, such as the Black Metal project Cold World or the German Band Heaven Shall Burn, alternative fashion designers, such as the Berlin Label Cyberesque, Phantomlovely from New York, Killstar Fashion from London or jewelry designers like Callisto Jewelry from Canada. She currently collaborates with the vegan, cruelty free jewelry designer Amanda from Osteal Jewelry, located in Washington, United States.
Naturally, there are also private clients who come to be photographed by her. She always tries to capture the simple moments of being one with nature and show the magic in being part of the circle. Her pictures speak of art and spirituality. She got her official qualification as a photographer from 2008 until 2011 in Erfurt and Gera. Since then, she has been a self-employed photographer while trying to bring more magic into the world. In October 2015, she opened a small atelier in her hometown Erfurt. 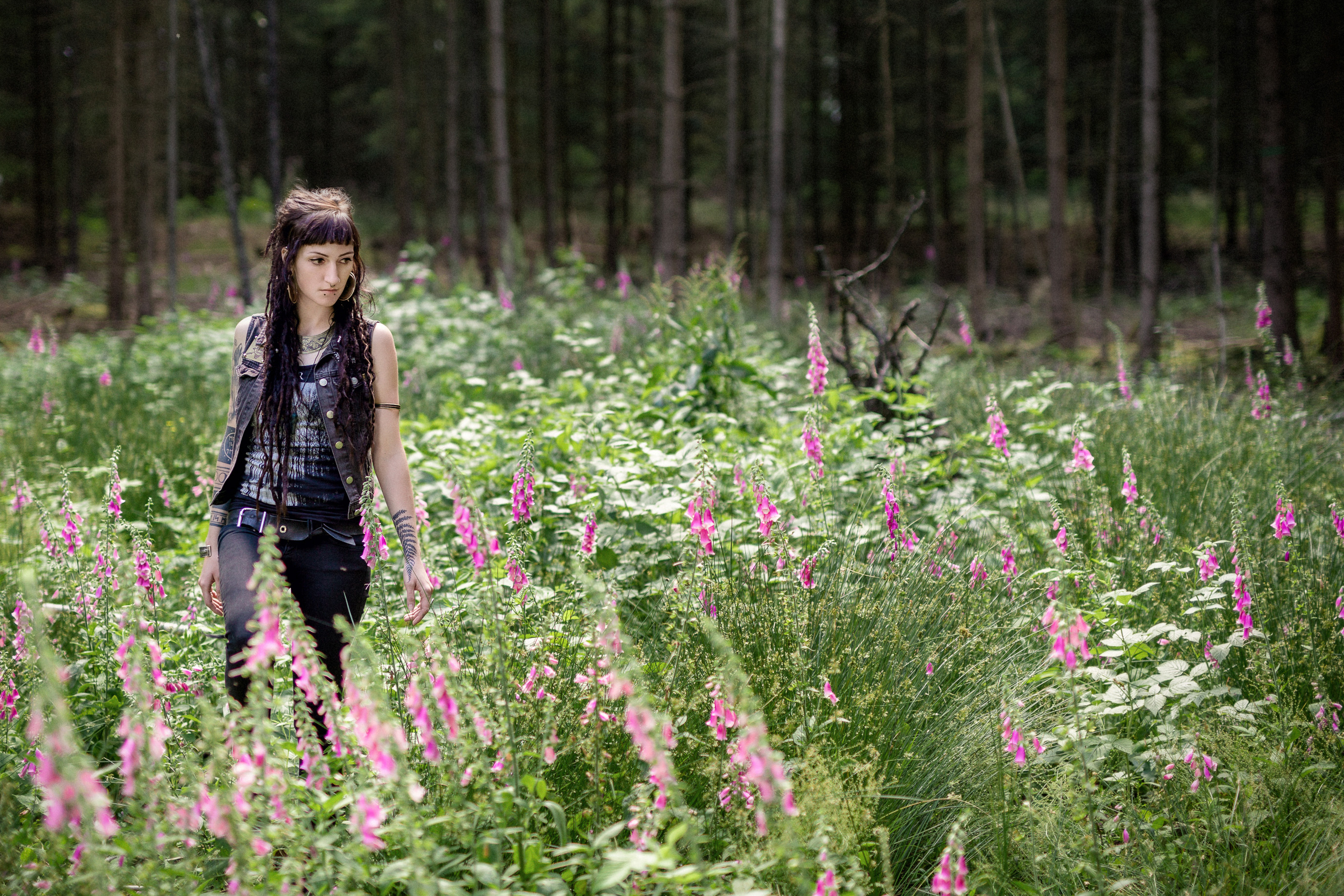